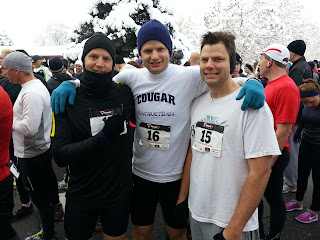 James ran in a triathlon with his brothers Nathan and David!  There were 8 new inches of snow, so the bike was canceled!  We were so sad not to get to watch him on is spiffed up 70's road bike that he's been training on. 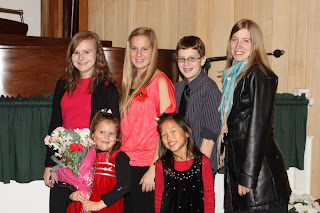 I teach this cute family violin.  It is so much fun!  We had a recital in December with my two other students. 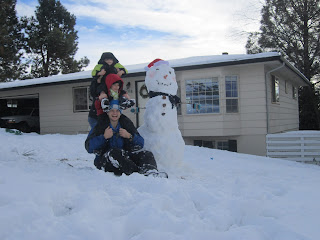 Fun times in the snow!  It's hard to tell, but this is actually a pregnant snowwoman.  (Check out the cheeks and the belly) 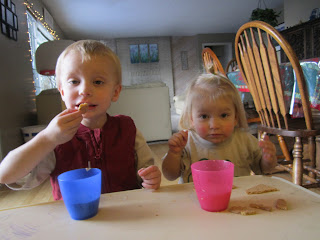 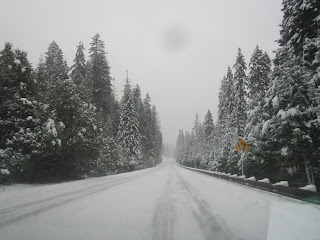 Beautiful snow on the way over to Medford.  James and I had a really fun anniversary getaway. 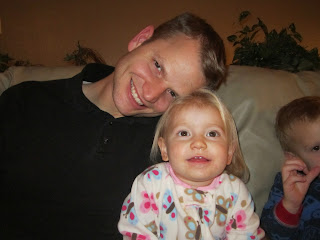 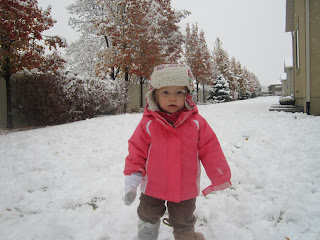 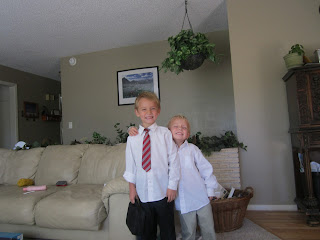 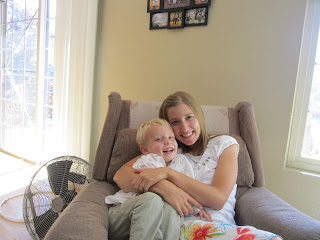 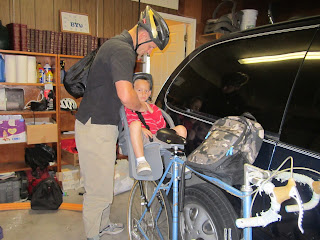 Andrew loves riding on the back of James' bike to school/work.  A while back, they got hit by a car at the four way stop near the school.  They were totally fine. It was kind of comical, because it was one of Andrew's school mates!  Yay for helmets and brakes that work. 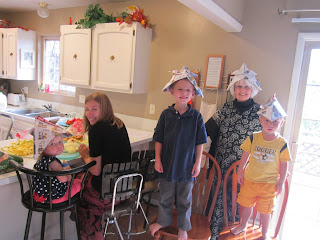 James'parents came to visit in October.  It was so fun to have them!  James' mother and I did a free classical violin recital for the community, which was so much fun... and a lot of work. But it paid off. 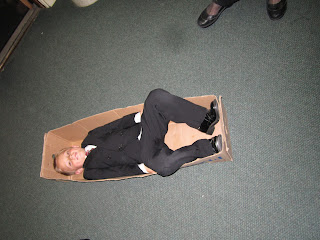 This is Andrew in the flower box after the recital.... 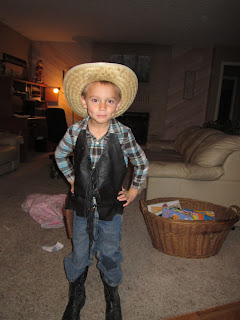 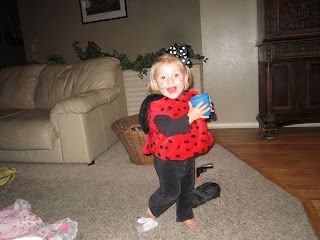 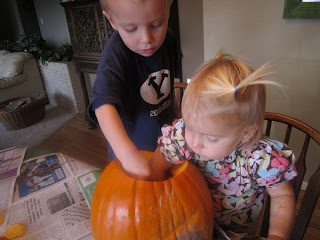 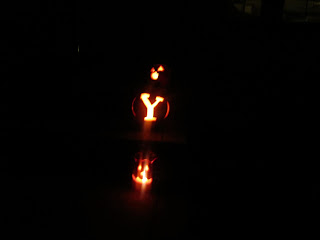 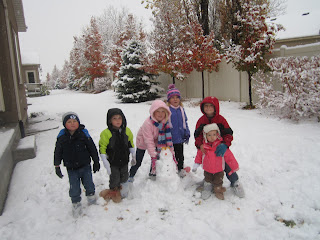 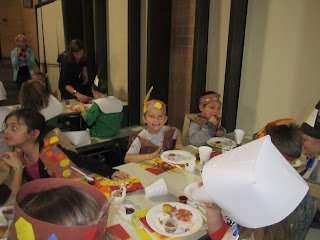 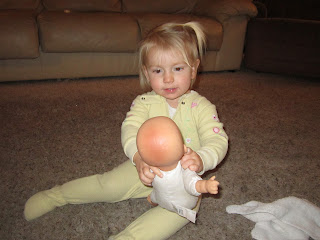 Lizzy loves her baby (she says bobby).  It is so fun to have a girl! 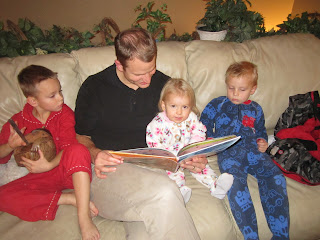 James has given me the most heavenly gift the last 2 years.  After Lizzy was born, he started puting the boys to bed every night.  They love it.... and there is someone else who loves it maybe even more!  (me...) 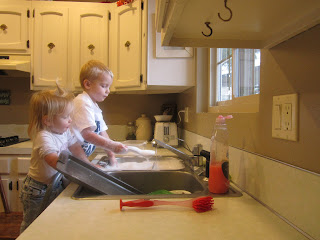 Now that Andrew is in Kindergarten, Peter and Lizzy have a lot of time together.  It has been fun to see their relationship grow. 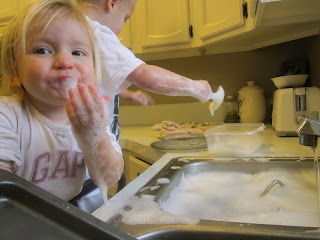 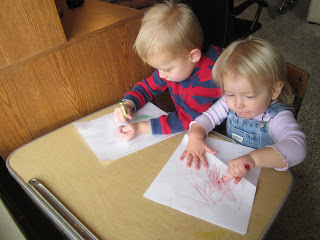 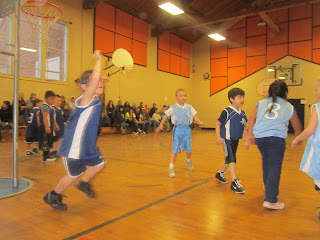 Andrew played on his first basketball team.  It was a huge success!  He loved it, and Peter and Lizzy loved going to his basketball practices where they got to run up and down the courts.  The boys have taken a liking to dribbling in the kitchen.  We moved our basketball hoop back inside, and put that in the kitchen as well. We have a lot of fun together! 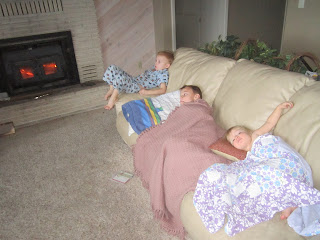 Christmas Break was this picture right here times 100.  Andrew was sick for a week straight. We had lots of pj movie parties with oj and crackers.  It was actually so nice to relax all together and feel no pressure to do any Christmas 'stuff' that didn't really need to be done.

So fun to see all these pictures! Courtney and Joshua really loved seeing what their cousins have been up to.

You have such a cute family! I love seeing all of your pictures! It was also really fun to see you at the Ray reunion. We really need to get together more. I am so excited to meet little Boone!

I am proud of you for calling that sno on your way to Medford Beautiful. :) I get SOO nervous in winter driving. HATE IT! And I know hate is a strong word. I need an Ativan when we drive. ;) Also, I want you to teach me violin. You guys should move to Cardston. It'd be awesome...a house on our cul de sac is for sale! 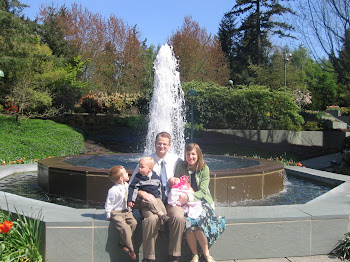 There are two ways to live your life.

One is as though nothing is a miracle.

The other is as though everything is a miracle.

The Boones are members of The Church of Jesus Christ of Latter-day Saints. You are invited to visit the site below to learn about their basic beliefs.